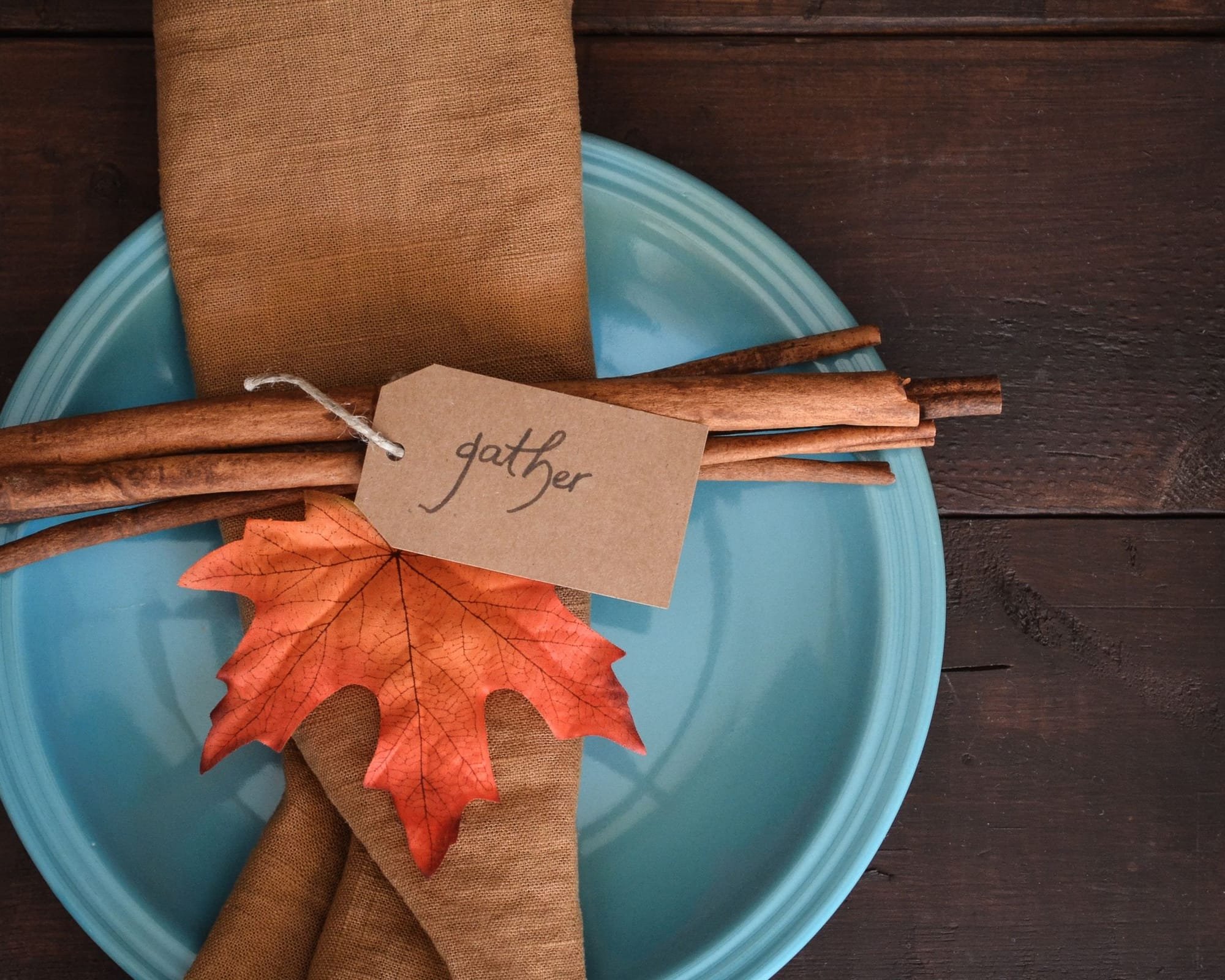 Thanksgiving is traditionally a time for gatherings at home. You spend the day cooking the turkey, baking the pies, and watching football, then convene around the dining table with family and friends to express gratitude by way of overindulgence. But after eight months of sheltering at home—and making most of your own meals—why not let someone else do all the work for a change? Traveling for Thanksgiving doesn't mean giving up all of its treasured traditions.

You can still have the all-American feast, play flag football, and do the turkey trot, but from a luxurious destination, be it snowy Aspen or tropical Maldives. Private Jetaway will transport you to any of these amazing places ... and now, Town & Country Magazine presents... 11 of our favorite Thanksgiving weekend escapes. 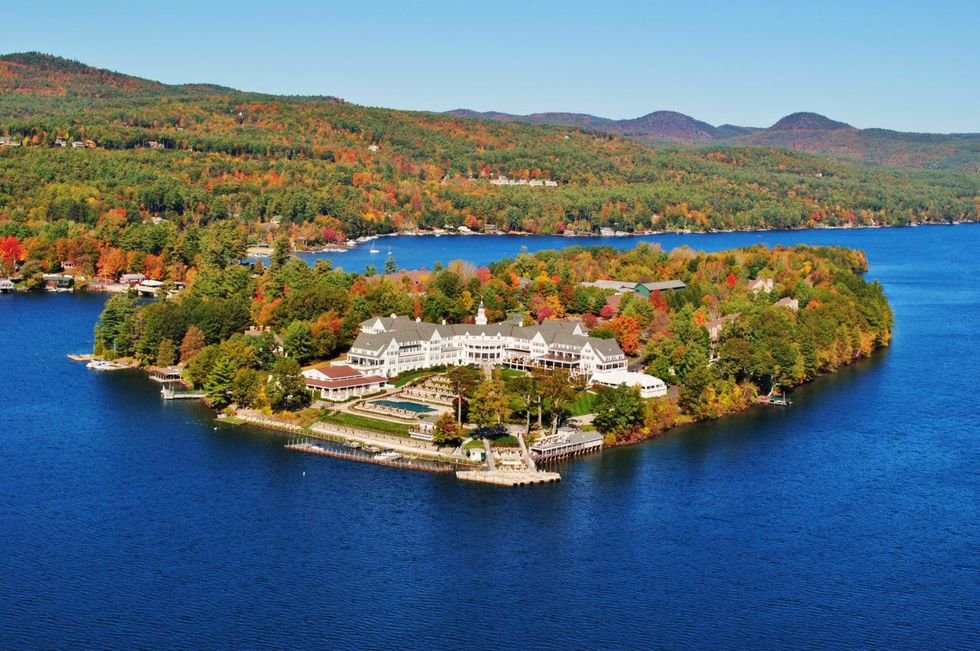 Holding court for over a century on picturesque Lake George in the Adirondacks, the 137-year old Sagamore Resort offers guests an 18-hole golf course, hiking, tennis, and spa. So rather than spending an entire day in the kitchen, you can partake in one of the many activities available at the hotel (there is also a well-equipped rec center to keep the kids occupied) before indulging in a Thanksgiving feast. 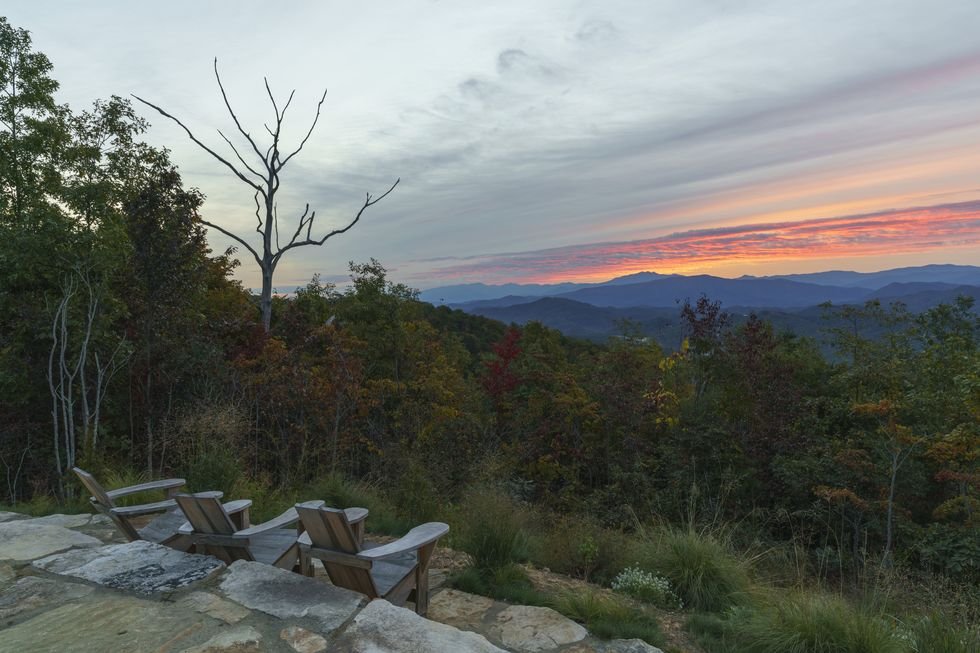 The famed Blackberry Farm retreat in the Great Smoky Mountains of Tennessee (which is much-beloved by everyone at T&C) is quintessential Americana, making it a perfect place to celebrate the most American of holidays. You'll get a delicious Thanksgiving feast, of course, plus all the season-appropriate activities, from flag football games to hiking amidst stunning fall foliage. 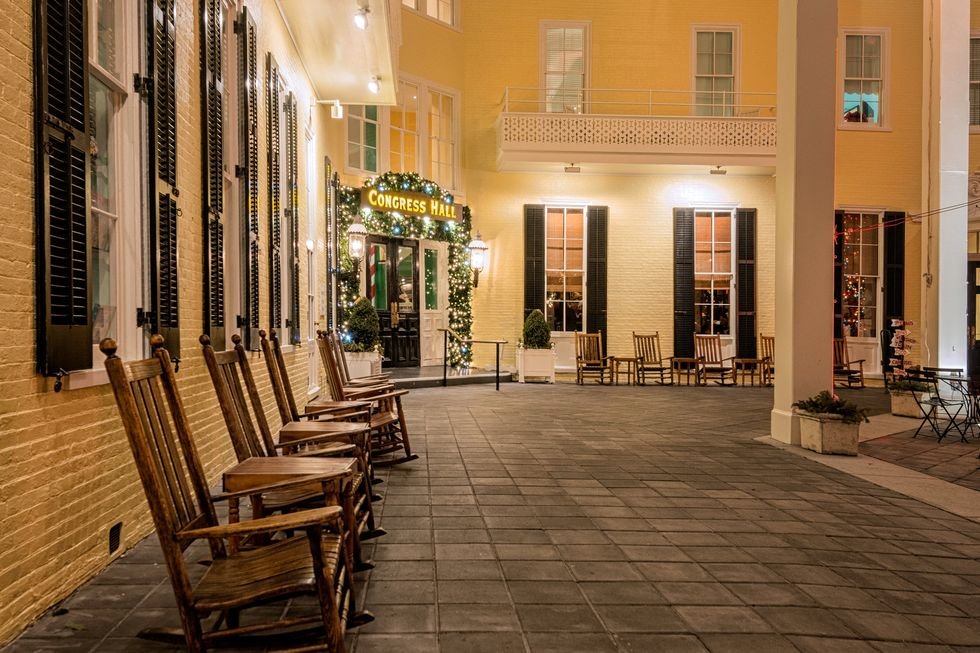 Along with the seasonal activities and the charms of being in Cape May in the off season, Congress Hall will provide a good history lesson, too. It was established in 1816, making America's oldest seaside resort. Today, it's still as stately and grand as it was more than 200 years ago (its nickname was the "Summer White House"), but updated with modern amenities. Thanksgiving dinners traditionally take place at the hotel's Blue Pig Tavern, a Cape May institution. 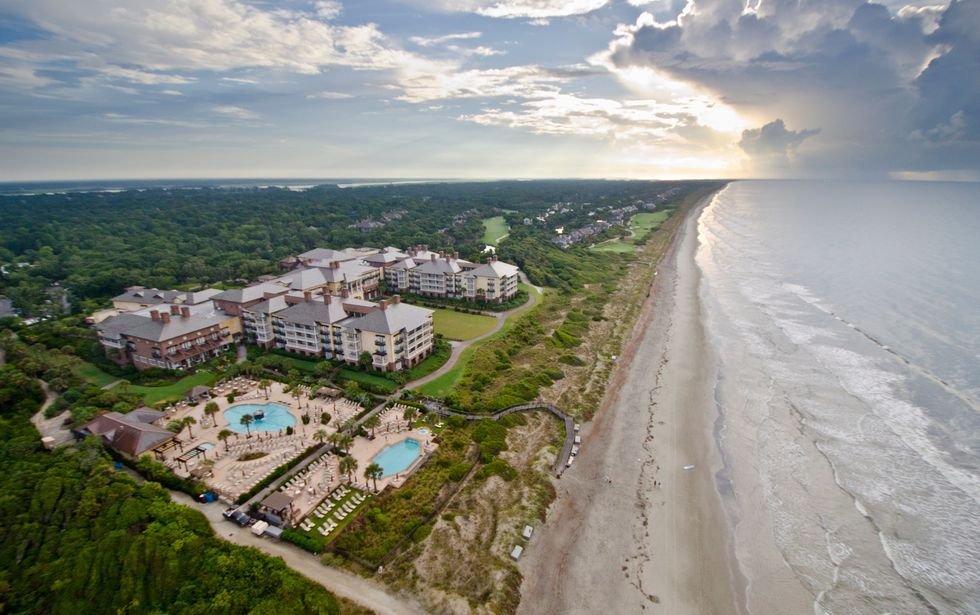 Thanksgiving is a wildly popular holiday on Kiawah Island, the most luxurious of the small islands dotting the coastal South. Spend the long weekend at the island's grande dame hotel, the five-star Sanctuary, or opt for one of the many private villas and homes around the island. There are five different options to choose from when it comes to Thanksgiving dinner. A lavish menu at the Ocean Room at the Sanctuary, for instance, includes ribeye and quail, along with the traditional turkey. More of a pescatarian? Then make reservations at the Atlantic Room instead, which will feature a raw bar and seasonal catches. Or, if you'd prefer a private family-only meal in your villa, get an entire Thanksgiving meal prepared to-go. 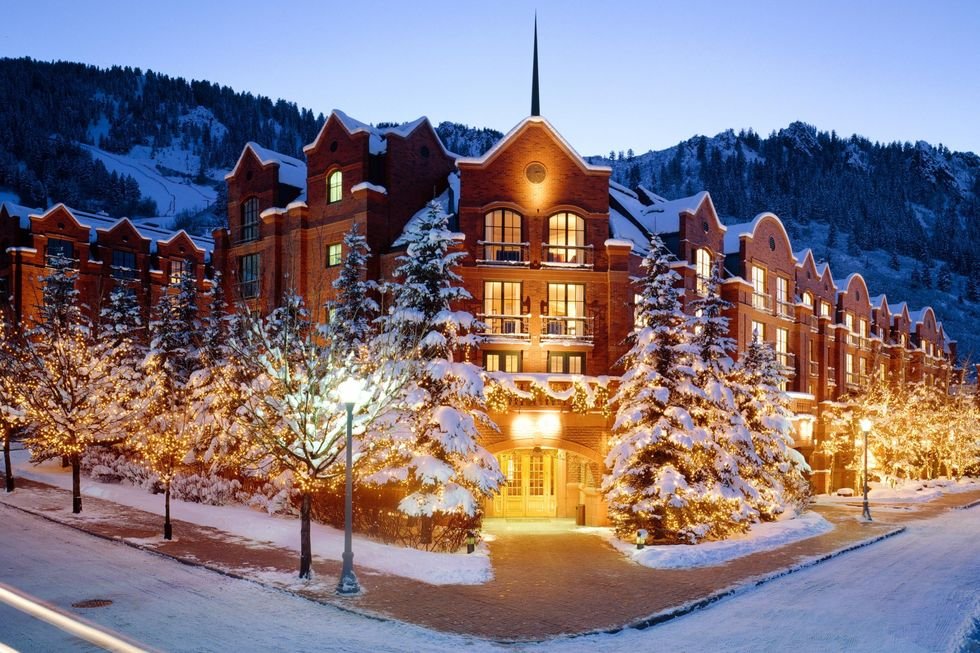 This Thanksgiving will also mark the start of Aspen's ski season so you can be one of the first to carve those powdery slopes. Plus, a warm Thanksgiving meal is all the more enticing after a long day of sport. Then burn it off at the Silver Circle Ice Rink, the town's only outdoor ice rink. The luxe St. Regis Aspen is the best place to stay, not least of all for a treatment (or two) at its award-winning spa. 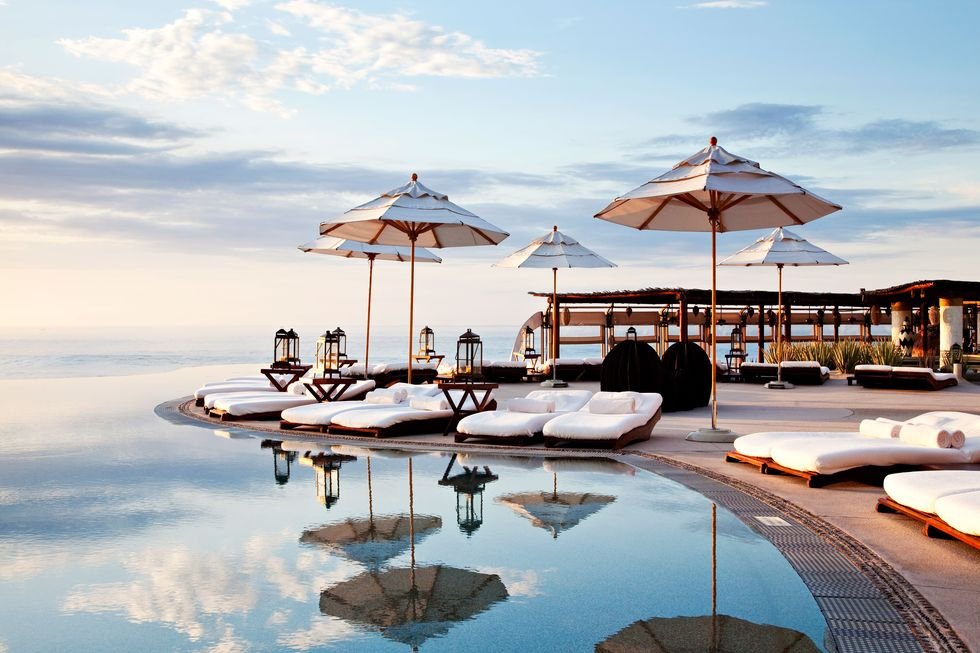 The Rosewood resort in Mexico is helping Americans give thanks this year with a Thanksgiving in Baja package, which includes accommodations in a signature villa or residence (which start at 4,500 square feet and are equipped with a fire pit, infinity pool, and dedicated 24-hour villa host). Thanksgiving dinner will be served in-house and holiday-appropriate activities include a pie-making masterclass and a turkey trot—be sure to save room for the tequila-infused pumpkin pie. 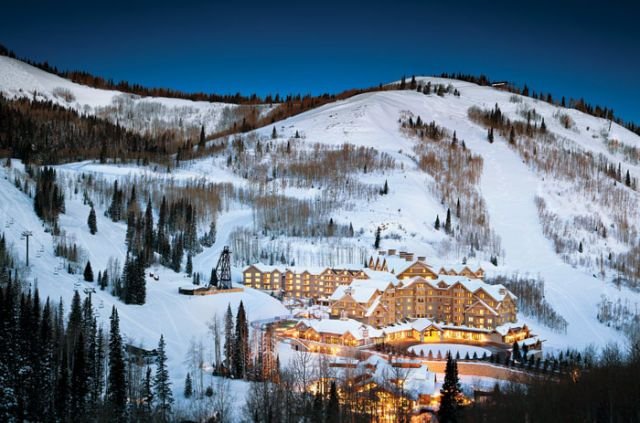 Nearly every room at the Montage Deer Valley boasts stunning views of the snowy peaks, but this Thanksgiving, go for the splurge and book one of the luxe residences, which are outfitted with private balconies, fireplaces, and fully-equipped kitchens. Cooking is totally optional, of course: the hotel will prepare a turkey dinner to be enjoyed in the privacy of your home-away-from-home. 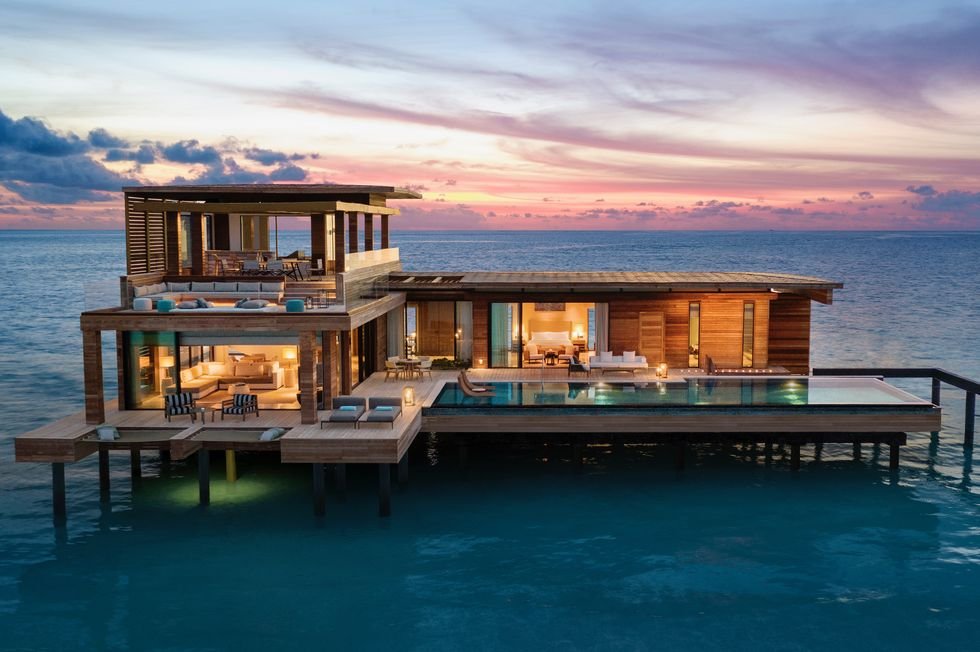 Why not take this opportunity to go all out for Thanksgiving 2020 and get a head start on the winter holiday season? Go off the grid in the Maldives—all tourists are welcome with proof of a negative Covid-19 test taken at least 72 hours before departure. Stay at the incredibly luxurious Waldorf Astoria Maldives Ithaafushi, where all accommodations are private, palatial villas with huge infinity pools, plenty of outdoor space, and panoramic ocean views. You can choose between one situated on the beach, on a reef, or over the ocean on stilts. You'll be made to feel like you're the only ones on the entire island (with five-star service)—if that's not the most ideal vacation in a pandemic world, what is? 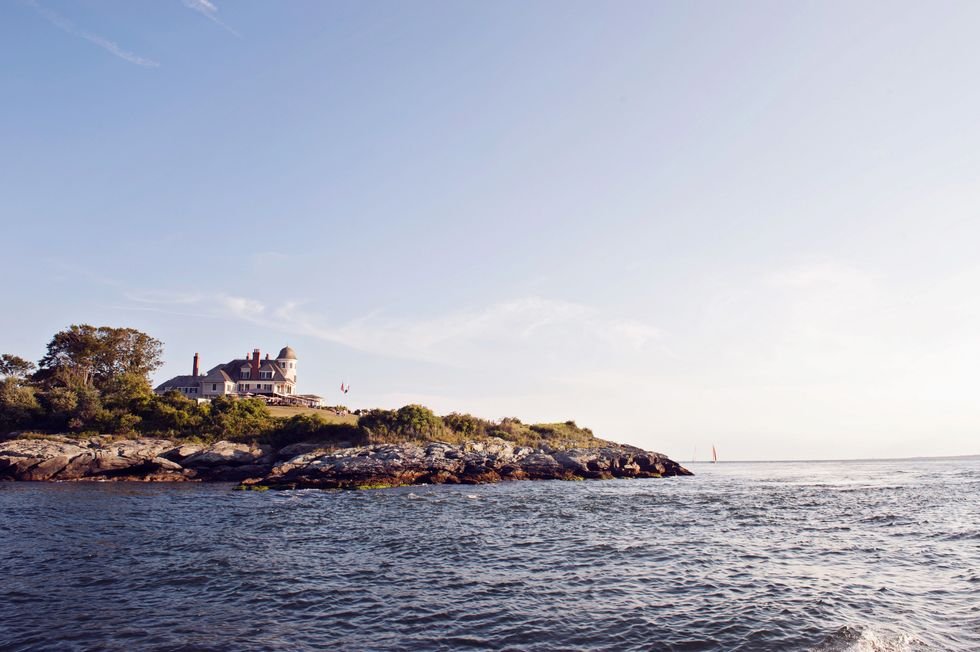 Set on 40 acres in Newport, Rhode Island, Castle Hill Inn makes for a classic New England Thanksgiving. Originally built in the 19th century as a summer residence for a noted Harvard marine biologist, the Relais & Châteaux property has 33 charming rooms and cottages—book one with a soaking tub and fireplace—and a prime perch that commands great views of Narragansett Bay. On the day after Thanksgiving, be sure to catch Newport's Illuminated Boat Parade, which officially kicks off the season. 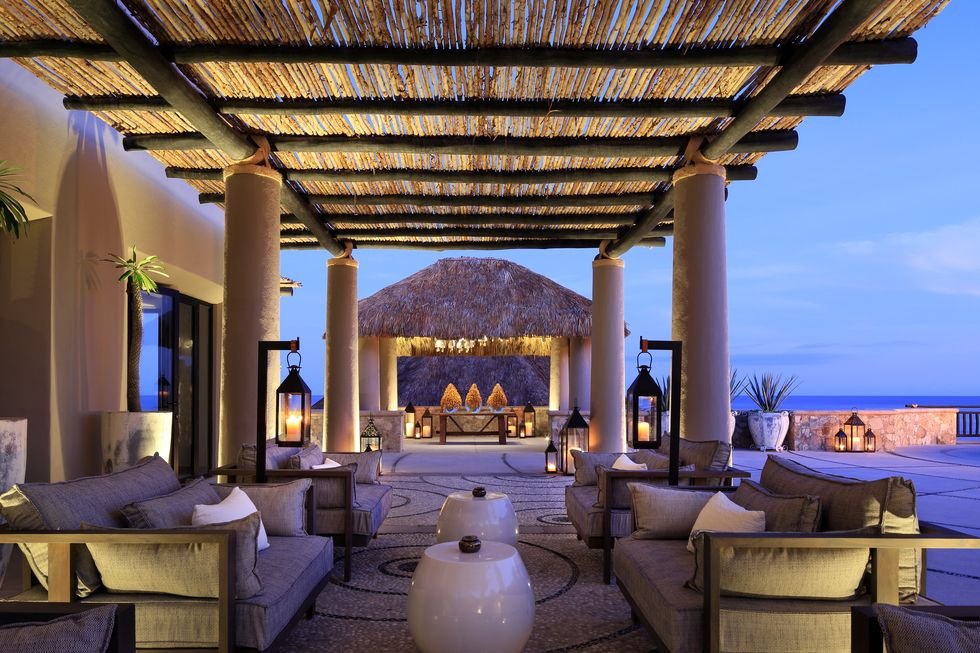 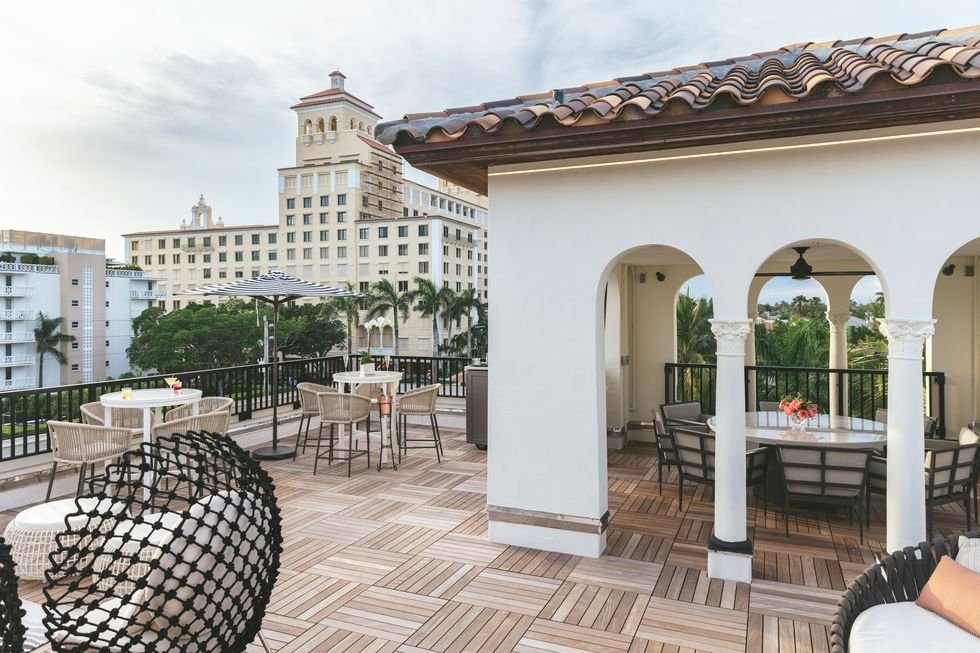 In early November, the sister property of Nantucket's White Elephant Resort opens its doors in Florida. Now in the former Bradley Park Hotel, a 1924 architectural gem, the White Elephant Palm Beach has kept the original bones but completely refurbished everything else, creating a modern upgrade to Palm Beach's quintessential Mediterranean style. There are 32 rooms, the beach is just two blocks away, and the hotel provides exclusive access to Barton & Gray yachts for a Thanksgiving day cruise on the ocean.